One of the best ways to learn Swift UI programming is to get started on a free course by Paul Hudson. This course has proven to be a popular choice for beginners and offers a challenge to master SwiftUI in 100 days. It includes tutorials, videos, and tests that increase in difficulty as you progress. Upon completion of the course, you’ll have a good understanding of the Swift UI framework and be able to use it to create your own applications.

The new Swift UI programming language makes it easier than ever to build a stunning, user-friendly UI for iOS apps. SwiftUI features a declarative syntax that allows you to state the behavior of your UI without relying on a view controller or storyboard. Instead, you can write a simple list of text fields and describe the font, color, and alignment of those fields with just a few lines of code. With this language, you’ll be able to read the code much easier than ever, and it will save you a lot of time and effort in the long run.

As you learn how to create user interfaces in Swift, you’ll also learn how to use Xcode’s intuitive design tools. SwiftUI allows you to create the UI from scratch in a single project, and the design canvas syncs with the code in the adjoining editor. As you type, you’ll see a preview of your code and the UI in different configurations. When you’re done making changes, Xcode recompiles the code and inserts them into the running version of your app.

Xcode is an in-house development environment designed for iOS applications. It is used by most software developers who work on iOS apps. In addition to Swift, Xcode also has native frameworks for macOS, tvOS, and Apple Watch. You can create UIs with simple declarations, reducing hundreds of lines of code to just a few lines. It also streamlines the workflow of software developers and makes it easier to work with.

Learning Swift UI is a great way to get into coding quickly, especially if you have some experience with other languages. This program is available in Xcode 11, which ships with iOS 13, and uses declarative code to define views. Declarative code is already widely used in web development and has become increasingly popular with mobile app developers. To learn how to use SwiftUI in your own applications, download the free Xcode IDE from the Mac App Store.

The Swift UI framework allows you to create great-looking, user-friendly apps across Apple platforms using minimal code. SwiftUI also provides tools and APIs to help you control navigation behavior, setting the app launch state, and managing transitions between size classes. This framework also supports deep links, which can make navigation even easier for users. It also makes navigation on iOS apps much simpler than it is in Android development. Moreover, the framework also has a package manager that lets you install third-party libraries.

A lot of SwiftUI applications follow the MVVM design pattern. For example, the Reminders application follows the MVVM design pattern. This framework enables users to create and manage data without having to worry about the underlying code. It’s lightweight and easy to understand, making it a great choice for beginners. Learning Swift UI programming with Catalina will give you a deep understanding of the framework and its features.

Combining Swift UI programming and UI design is a great way to create a powerful application for iOS. This approach helps you develop a flexible app that is easy to maintain and update. It’s essential to focus on the data that’s represented on the screen, and the UI management techniques required to manage memory and mutate data as your app changes. Here are the best ways to combine Swift UI programming with UI design.

The Model-View-ViewModel (MVVM) pattern is a common UI design pattern for iOS applications. This pattern helps separate the logic that goes into the UI from the business logic. You can use this pattern to create a flexible and intuitive user interface for any app. It makes it easy to manage memory and maintain user interfaces. The MVVM pattern can be applied to any app, from games to complex web applications.

In Swift UI programming, views are a lightweight class that conforms to the View protocol. Each view has a body property that specifies its appearance and behavior. The body property is a read-only computed property and must return a single instance of View. This allows for a tree-like view hierarchy. Views can be nested into other views by wrapping them in other views, as long as they conform to the View protocol.

A SwiftUI view is not a concrete representation of pixels on the screen, but a lightweight description of how different views are displayed. Since views are often used in several contexts, they can be easily extracted into smaller pieces and reused. As a result, Swift UI views are easy to use. Once you’ve learned how to use them, you can start creating applications quickly. By following a few simple rules, you can build apps that work without writing a single line of code.

You can learn Swift UI programming with controls from the course “Learn Swift UI”. This course is beginner-friendly and packed with tips and tricks. You’ll learn how to create dynamic lists, manage complex interfaces, and use UI frameworks to create a beautiful and user-friendly UI. You’ll also learn how to add gestures and UI controls to your apps. To get started, download the free course and get started with SwiftUI.

If you want to start learning Swift UI programming with controls, you should know the basics of iOS and iOSX. Apple stressed at WWDC that SwiftUI was not a “write once, run anywhere” solution. This is why you won’t be able to use the same code for iOS as you would for tvOS. But you can reuse code where it makes sense. In addition to using Swift, you’ll learn about functional programming paradigms.

Controls are the foundation of an app’s user interface. The view represents the part of the app that the user sees. SwiftUI provides UI controls to help you build a rich user experience across Apple platforms. Learning Swift UI programming with controls is a great way to improve your app’s design. It’s the best way to build user interfaces for iOS, Mac, and Android. And it’s the simplest way to get started.

Before getting started, it’s a good idea to familiarize yourself with some of the most common design elements and conventions used in iOS apps. Swift’s new user interface framework has made it easier to design and code user interfaces. You can now specify how controls are laid out using declarative syntax. For example, you can state how text fields should be aligned. You can also specify font and color. These features make coding UIs easier and save you time and effort.

Splitting large views into smaller views is a good design trick to learn when using SwiftUI. This can help to increase performance by avoiding janky behavior. When using SwiftUI, you can also abstract style code out of view layout markup by using custom view modifiers, similar to CSS classes. This way, your Swift UI will be easier to maintain. In addition, you’ll also avoid the hassle of manually modifying each view.

Another helpful design trick for learning Swift UI programming is to avoid using generic UI code. While this may be tempting for beginner developers, it can also be frustrating. With SwiftUI, your UI is declarative, so you can write less code to achieve the same result. Instead of focusing on the “write once, run anywhere” approach, you should focus on learning to design for different platforms. If you’re developing for the iOS platform, you can easily convert your code to be portable to tvOS and other platforms. 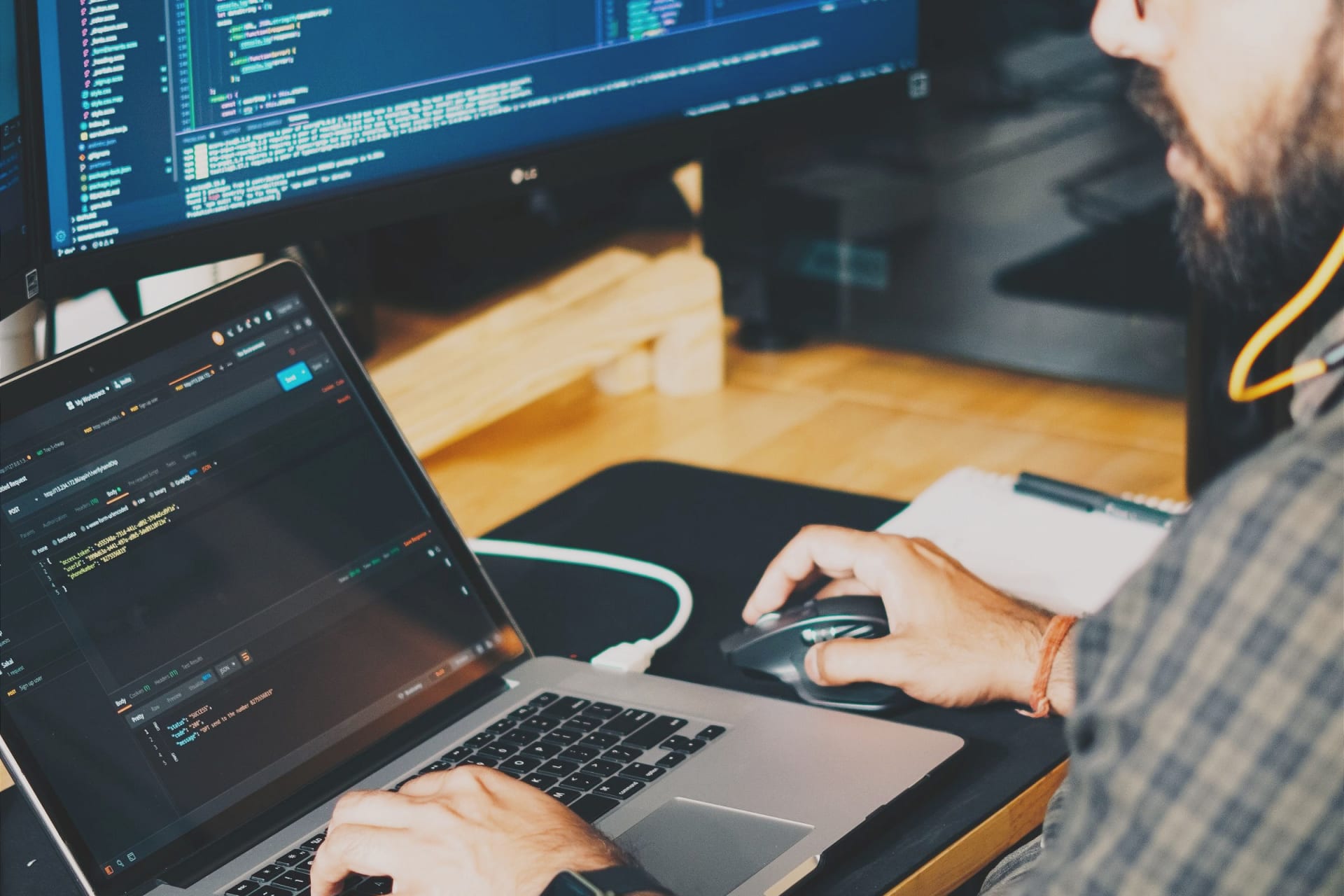 Working with a single source of truth

When learning Swift UI programming, you should keep this principle in mind: always work with a single source of truth. This will make the code easier to understand and maintain. It’s also the basis of the React/Redux architecture. In SwiftUI, the store represents the model object, and Views use it to access the underlying data. These are the two most important parts of a Swift UI application, and both should be managed with care.

When learning Swift UI programming, it’s important to understand the flow of data and the sources of truth. ObservableObjects, for example, allow you to manage the lifecycle of a property. A good rule of thumb is to always use an @State object for view-level objects. But, if you’re working with objects outside the view, you should use an @ObservedObject instead.