Facts About Strawberries You May Not Know

A strawberry is one of nature’s most delicious fruits. It is a member of the Fragaria genus, which is collectively referred to as strawberries. These fruits are grown around the world for their juicy texture, sweet flavor, and distinctive aroma. In this article, you’ll learn all about this delicious, nutritious fruit. Here are some facts about strawberries that you may not know about the berry. So, get ready to enjoy this delicious berry!

The strawberry fruit is an aggregate fruit. It develops from a white flower into a red fleshy receptacle that stores achenes, which are small, inert seeds. The “fruit” is actually just an enlarged flower stem. Because it is made up of more than ovary tissue, it is considered an accessory rather than a true fruit. This fact is often misunderstood. Here are some common facts about strawberries.

The strawberry name may have come from an Anglo-Saxon word for “strew,” streabergen, which is related to the Anglo-Saxon word straubery, which means “fruit”. It has also evolved from the words streberie, strauberie, and straubery. The word strawberry may also derive from the fact that runners in the strawberries resemble straw, which makes the word “strawberry” sound etymologically plausible.

In spite of its edible “fruit”, strawberries are not true berries. Instead, they are accessory fruits. According to botanists, the fleshy “fruit” is not derived from the ovaries, but from the peg at the bottom of the hypanthium, a bowl-shaped part of the flower that contains stamens. The flesh of a strawberry is made of modified receptacle tissue containing many partly embedded fruits. The fruit is whitish-green when developing, and turns red when ripe. 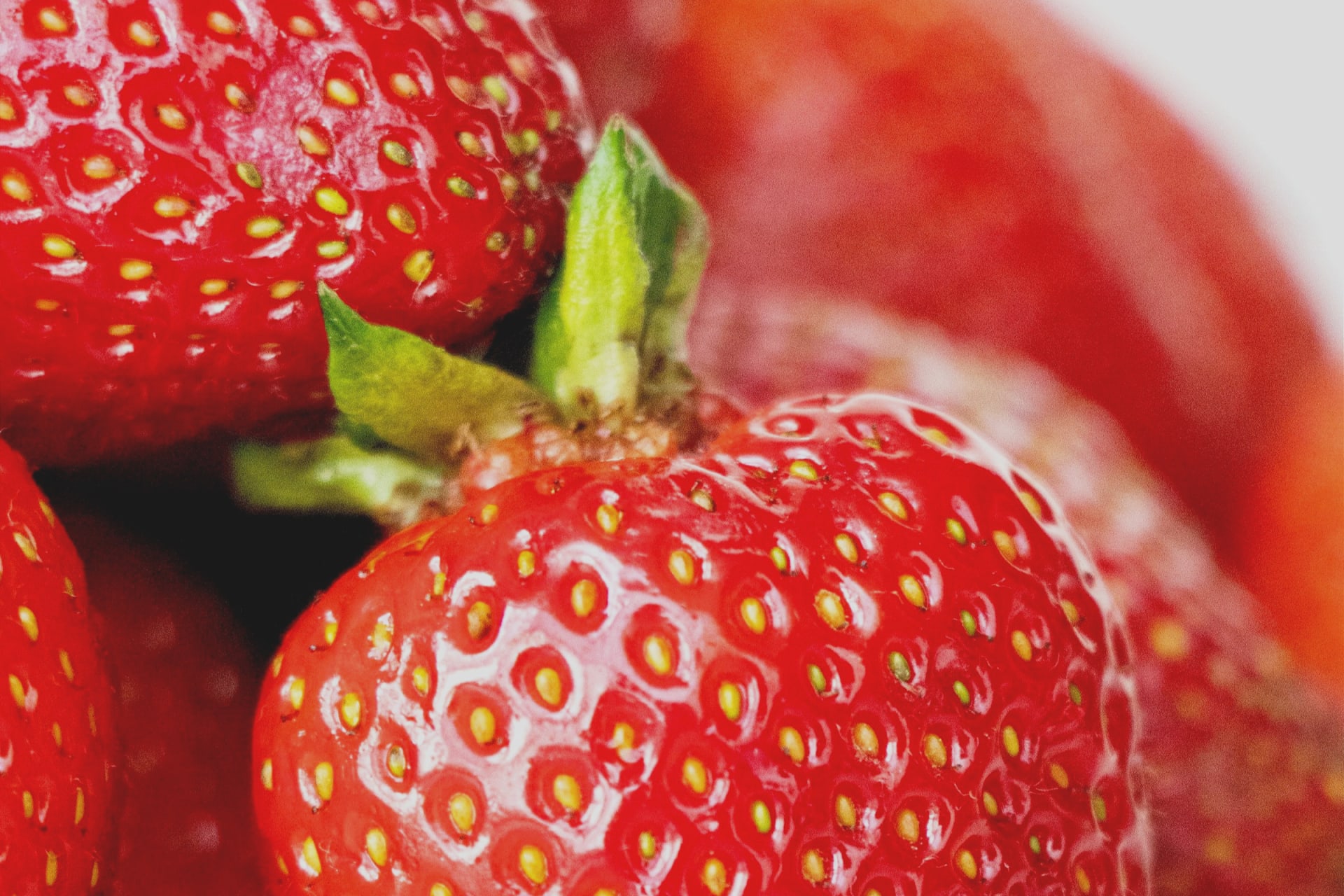 The scientific name of the strawberry is Fragaria, and it comes from the Latin word for fragrance. The fruit, which is part of the rose family, was originally wild and was first domesticated in France in the late eighteenth century. The most common varieties are hybrids of two wild Fragaria octoploid species, the Virginia strawberry and the Chilean strawberry. The fruits of these plants are edible, but they are not true fruits at all. In fact, they are simply enlarged receptacles. The yellow seeds on the surface of the strawberry are the “achenes” that distinguish the real from the fake.

Strawberries were not considered highly potent until the sixteenth century, when some individuals began attributing therapeutic benefits to them. In particular, the German philosopher Crollius thought that strawberries were able to cure infectious diseases, while the Italian thinker Della orifice believed that strawberries could heal wounds. Lady Tallien used a strawberry as a skin-cleansing agent. Eventually, this new variety of strawberry became a staple of the food industry.

A study of plant names in England in the tenth century showed that the word streaw, from which the name strawberry derives, had several variations over the centuries. Eventually, the name was standardized in the 15th century. Several theories emerged, but none was confirmed definitively. In any case, the root word streaw means “hay” in Anglo-Saxon. This theory is based on the fact that strawberries were often covered with straw to prevent them from germinating.

The optimum nutritional value of strawberries depends on several factors. The fruit is highly water-soluble and has a high water content of about 90%. It contains 0.7 to 1 gram of protein and about two grams of fiber. Its carbohydrate content is around seven to eight grams. Besides water, strawberries are also high in fiber and contain 0.3 grams of fat, mostly polyunsaturated fat. However, strawberries also contain 0.1 grams of Omega-3 and Omega-6 fatty acids.

It contains folic acid, a vitamin that supports brain development in children. Folic acid helps in the production of red blood cells in the body. However, the fruit has a soft skin and should be eaten with care. Children should be warned not to ingest it without chewing, because gulping it down can lead to choking. Hence, it is advisable to cut it before giving it to them.

Strawberries are high in fiber, which accounts for nearly two third of the carbohydrate content in the fruit. Consuming just one 3.5-ounce serving of strawberries provides about two grams of fiber. Fiber is important for your digestion because it feeds the friendly bacteria in your digestive system. Fiber is also helpful for weight loss and disease prevention. Strawberries are a great source of vitamin C, an antioxidant which helps fight off disease and reduces the risk of strokes.

The strawberry flavor is one of the most common flavors in frozen desserts, including ice cream and popsicles. It is also widely used as a direct flavoring ingredient in chocolate. The increasing popularity of natural flavors is contributing to increased interest in strawberry-flavored frozen desserts. This article will describe the key characteristics of strawberry flavor to help you choose the best options when it comes to ice cream. A strawberry’s unique flavor can make any treat taste better.

Driscoll’s has pioneered the evolution of strawberry flavors. Today, it has more than 900 independent growers worldwide. The company develops exclusive patented varieties and cultivates them on local family farms. The brand serves consumers throughout the year in 22 countries. They are also known for their premium fruit. If you haven’t tried Driscoll’s Strawberry products, now is a great time to give them a try!

Strawberries are one of the most popular fruits worldwide. There are over 600 varieties of strawberry in the world. The United States alone produces about 1.16 million tons of strawberries every year. It has been popular for centuries, and has gained tremendous popularity. But, it’s still hard to find a product with strawberry flavor. But don’t despair! There are ways to create your own strawberry flavor without having to eat the whole fruit.

A recent study shows that strawberries stored in a cold room for two days lose 25% of their firmness, and weight increases by 20 percent. Although untreated strawberries are less affected by PL, even those exposed to PL for just 40 s or for ten days show significant changes in the fruits’ mechanical properties. Moreover, TEM images show that the cell wall integrity and cell-to-cell contact were reduced significantly. Thus, the benefits of PL treatments on strawberries are clear.

Strawberries are best stored between 32 to 36 degrees. They can be placed in the crisper drawer of a refrigerator. They can also be packed in a partially-opened plastic bag or clamshell container. These types of containers maintain high humidity levels. The shelf-life of strawberries is only seven days when stored properly, but it depends on the ripeness of the berries at the time of purchase. Here are some ways to keep your berries fresh and healthy.

You can also dry your strawberries by slicing them into uniform shapes and storing them in a freezer-safe plastic container. Unlike fruit leather, dried strawberries will not retain their moisture and will be crumbly. So, you can enjoy them whenever you like. You can even make a strawberry fruit leather, but make sure to use applesauce as a substitute for pectin. Nevertheless, make sure that you follow the instructions carefully and avoid freezing strawberries in a plastic bag or container.

When storing strawberries, avoid hulling them. The exposed flesh of strawberries is more vulnerable to bacteria and air, which can cause the fruits to spoil faster. Also, avoid leaving the leaves and stems intact as they will encourage rotting. You can also wash strawberries before using them. Strawberries absorb water quickly, and they can become moldy or mush if they are stored in a damp environment for long periods of time.